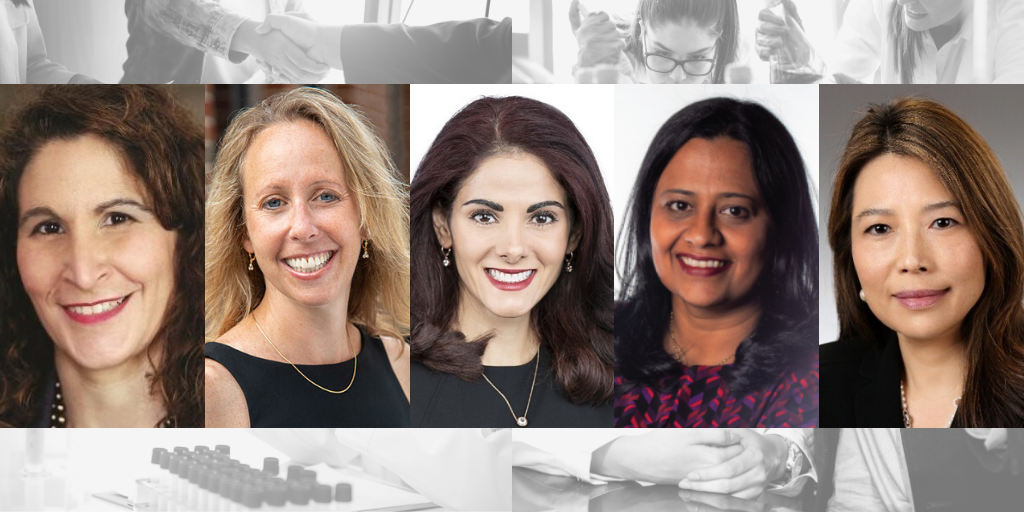 By Andrew Eckert | Uncategorized | No Comments

In May of 2018 Kite Pharma, a Gilead Company, announced the opening of a new Neo Antigen Facility in Gaithersburg, MD. Less than one year later in April of 2019, the company, announced that it was building a new biomanufacturing facility on a 20-acre site in Frederick, MD. Since then, Kite has been diligently working to build a world-class leadership team at both sites to achieve an important mission.

Those leaders are now onboard and are out sharing their important mission by engaging the regional community to recruit and hire the talent they need to fill more than 360 job openings across Maryland..

This November, in one of its first regional community events, Kite sponsored a BioBuzz ‘Meet and Greet’ networking event to get their message out to the local industry.  A few dozen of Kite’s employees, including Chris McDonald, VP of Manufacturing and Frederick Site Head, and Wayne Hardy, Senior Director of Manufacturing and Site Head at Kite’s Neo Antigen Facility, shared the powerful, patient-focused “why” behind Kite’s mission.

“Kite is pleased and happy to be part of this community. We’re here to make a difference. We’re on a mission to cure cancer,” stated Hardy.

“There are a lot of people out there who are suffering… there is probably not a single person in this room untouched by cancer. Think about 10 years from now. You could be telling your kids or grandkids ‘I was part of the team focused on the cure.’ That’s why we’re here in this room right now,” he added. 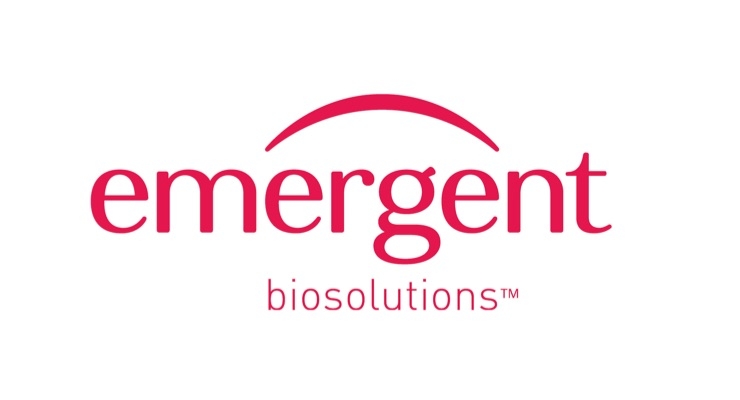 Robert G. Kramer Sr., president and chief executive officer of Emergent BioSolutions, said, “Emergent has developed a growth strategy that supports our desire to make a significant impact on global public health in pursuit of our mission – to protect and enhance life. We are pleased to share this plan, which serves as a roadmap towards our long-term vision of becoming a Fortune 500 company recognized for protecting and enhancing life, driving innovation, and living our values. We are excited by the opportunities ahead and remain steadfastly committed to our patients, customers, employees, and communities.”

2020-2024 Corporate Growth Strategy
The new five-year plan builds upon the successful execution of the previous 2016-2020 plan and is guided by a core strategy focused on five pillars: 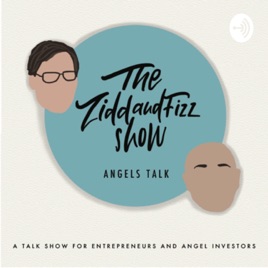 Usually BioHealth Founder and CEO, Rich Bendis, is the host asking questions of his guests on the BioTalk Podcast. However, Rich was recently a guest on the “The ZIDDANDFIXX Show: Angels Talk” Podcast for their 26th Episode titled “The Golden Triangle: DC joins San Francisco and Boston.” They discussed Venture Capital, Angel Investment, and the BioHealth Capital Region. 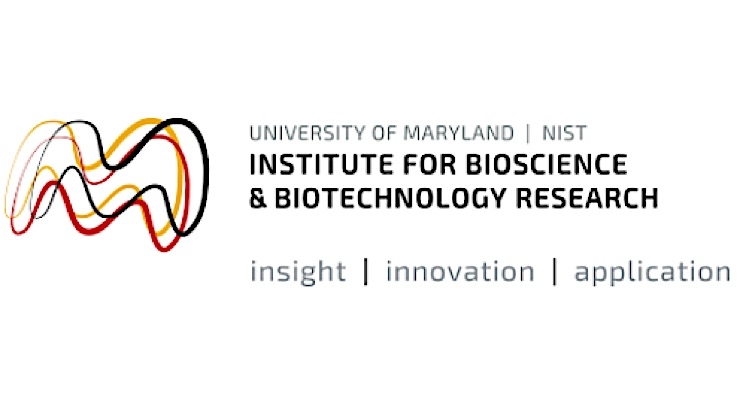 Vaccines, antibodies, and other top-selling therapeutics are biologics—complex biomolecules such as proteins and nucleic acids. Biomanufacturing these products involves lengthy and costly production, purification, and packaging processes. Not only are the final products complex, but the entire biomanufacturing process is complicated and sensitive, requiring the use of advanced instrumentation capable of sophisticated measurements to monitor the process and validate the final product.

Current measurements require contact with the biomanufacturing solution, which introduces additional sampling steps and a risk of contamination. Current quality control practices require opening a subset of vials from each batch and making conclusions about entire batches based on those measurements. 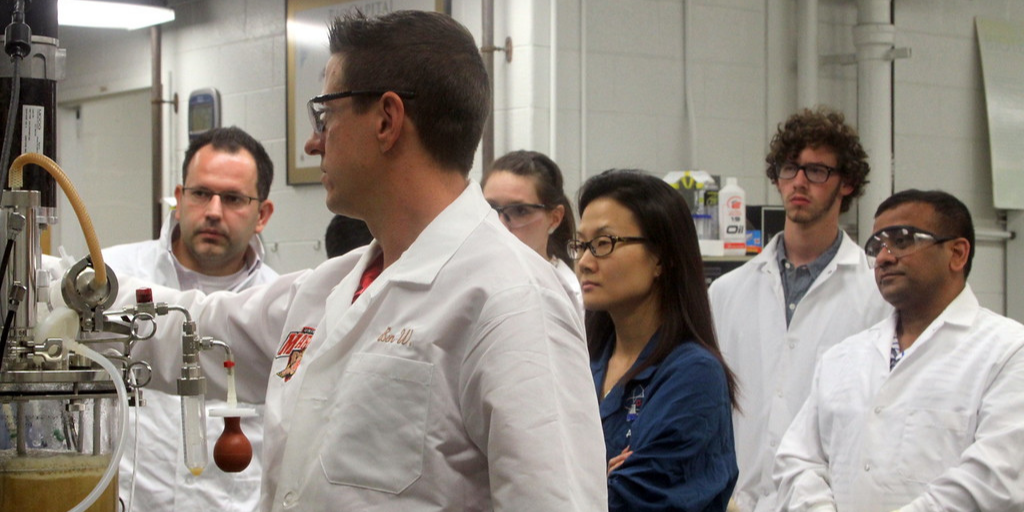 The A. James Clark School of Engineering at the University of Maryland has produced remarkable engineers, scientists, life science professionals and entrepreneurs that have shaped the Biohealth Capital Region (BHCR) for well over a century. 2019 marks the Clark School’s 125th anniversary as one of the most important STEM talent pipelines in the region and nation.

The Clark School’s 125th is not the only milestone to be celebrated at the school this year, however. The Biotechnology Research and Education Program (BREP) achieved a milestone, too, hiring its 125th intern this past summer. BREP’s 125th intern, Amanda Marques, will be starting a process development role with Catalent‘s Paragon Gene Therapy in December.

“It goes without saying that working at the BSF and the BAF (BREP’s two facilities) have been vital in pushing my career forward in the biopharma industry. The work that I have done has directly translated to my desired career. I can honestly say that in the 6 months working here I have learned more doing hands-on lab work than I ever could have in a classroom,” stated Marques.

Housed within the storied Clark School, BREP has made important, if sometimes under-the-radar, contributions to the school’s remarkable workforce development legacy, and has proven to fulfill the A. James Clark University of Maryland School of Engineering Promise, that ‘Every student will have the opportunity for Mpact through hands-on experiences, mentorship, and participation in challenging co-curricular, extracurricular, research, and service-learning initiatives in an inclusive environment.’

Under the leadership of Darryll J. Pines, Dean at the University of Maryland A. James Clark School of Engineering, the school has become an important collaborator and an anchor institution for the vibrant biomedical field. In addition to its impact through BREP, the school also became a key partner in launching the National Institute for Innovation in Manufacturing BioPharmaceuticals (NIIMBL). In a 2016 press release, Dean Pines stated, “University of Maryland Engineering plays a significant role in accelerating biopharmaceutical manufacturing innovation and educating a world-class biopharmaceutical manufacturing workforce.”

One company gets absorbed into a larger brand and a host of companies flower as a result. The Biohealth Capital Region’s (BHCR) cycle of creative destruction has continued with Harpoon Medical. This was the story shared at the TEDCO Entrepreneur Expo’s session titled, “Success Breeds Success.”

For Harpoon’s founders Bill Niland and Dr. Gamme, and lead investor Epidarex Capital of Bethesda, Maryland, the Harpoon deal with Edwards Lifesciences was a remarkable, complex and hard-won agreement. While Harpoon Medical is now part of Edwards Lifesciences, the Baltimore company’s legacy is still reverberating throughout the BHCR.

Since the acquisition, serial entrepreneur Niland and Dr. Gamme have not stood pat; instead, they’ve played instrumental roles in a number of new BHCR companies, proving once again, like we have seen through Human Genome Sciences, Life Tech and MedImmune before it, that success breeds success.

Johns Hopkins Health System plans to build a $400 million, 12-story research tower at its East Baltimore medical campus by the spring of 2023.

Hopkins representatives unveiled preliminary plans today that showed part of the research tower will be a new structure rising in place of the Brady Building, a seven-story structure that dated from 1915 and was demolished this year to make way for the new project.

Additional research space will be created through the renovation of the CMSC building, a 1964 structure that was built as the Children’s Medical and Surgical Center but has most recently housed labs and offices.

The combined project will have 440,770 square feet of new and renovated space, including 200,000 square feet of research labs and related areas. That makes it the largest construction project on Hopkins’ medical campus since the Sheikh Zayed Tower and the Charlotte Bloomberg Children’s Center opened in 2012.

It’s also the first major construction project on the Monument Street side of the hospital since Hopkins moved many of its employees into the Zayed and Bloomberg towers seven years ago, and a sign that Hopkins plans to continue expanding along the Monument Street corridor.

“This is an exciting but challenging project,” said Sally MacConnell, senior vice president in charge of facilities for the health system, in a presentation to Baltimore’s Urban Design and Architecture Advisory Panel.

Maryland Governor Larry Hogan, USM Board of Regents Chair Linda Gooden, University System of Maryland Chancellor Robert Caret, university presidents from around the state, USG Executive Director Stewart Edelstein, and the USG Board of Advisors were joined by an array of elected officials, business and community leaders, faculty, staff and students for the grand opening celebration and ribbon-cutting. Hundreds attended the grand opening event, which was followed by tours of the BSE and a STEMM (science, technology, engineering, mathematics, medical studies) Showcase to highlight programs that partner universities will be bringing to the new facility, as well as area science and technology businesses that are partnering with USG.

USG is a regional higher education center of the University System of Maryland that offers approximately 80 undergraduate and graduate degree programs from nine different state universities, all on one convenient, full-service campus in Rockville. Students who attend USG pursue and earn their degrees directly from the partner universities that offer the programs on the campus. For undergraduate students, the university programs offered at USG provide third- and fourth-year classes toward a bachelor’s degree. Most students who attend the undergraduate programs at USG transfer from Montgomery College or another college, after completing the first two years of their coursework. 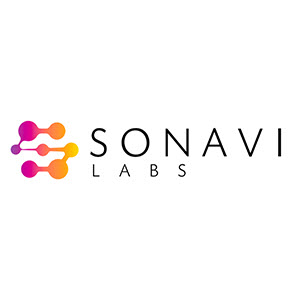