Van Hollen: Despite Trump, NIH Significantly ‘Better Off’ In Terms of Funding 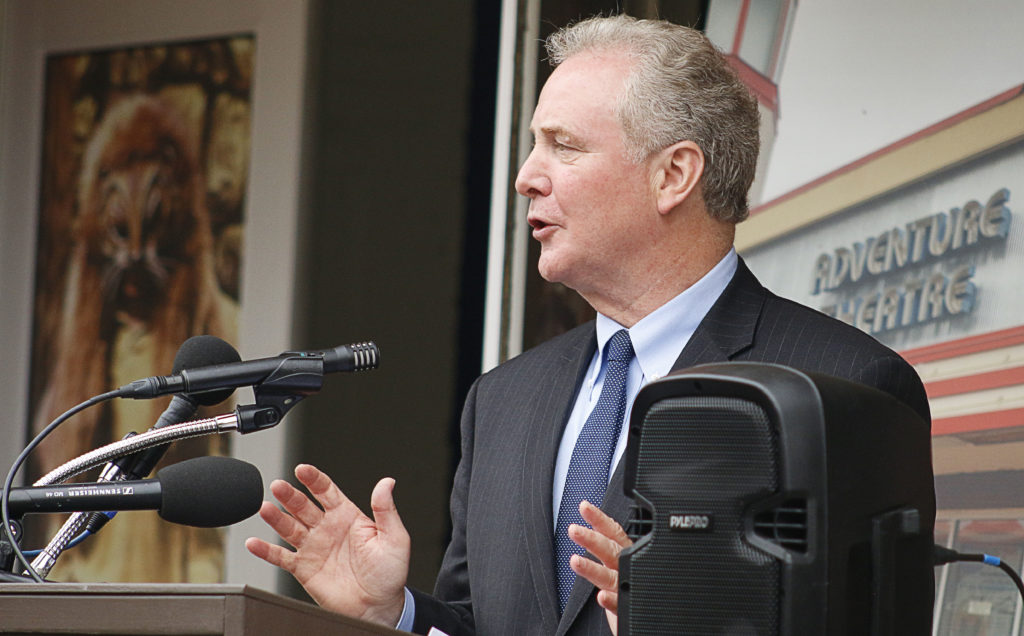 Funding for the Bethesda-based National Institutes of Health is up by 14 percent during the two years that President Donald Trump has been in the White House — but it’s despite and not because of the president, according to Maryland Sen. Chris Van Hollen.

“The short answer is NIH is better off – but not because of Trump at all,” Van Hollen, a Democrat, said during a wide-ranging telephone interview with Bethesda Beat, in which he reviewed highlights of his first two years in the Senate and laid out his legislative priorities for the next two. “In fact, when Trump came in, in his first budget year, he proposed a pretty deep cut in NIH funding.”

Van Hollen said the Senate Appropriations Committee, on which he serves, had played a key role in the “significant increase” in funding for NIH, where the annual budget has jumped from $34.3 billion when Trump took office in January 2017 to $39.1 billion for the 2019 fiscal year.

On top of a nearly 9 percent hike for fiscal 2018, NIH funding went up another 5 percent for 2019 – an increase consistent with that proposed by the Senate Appropriations Committee and backed by the full Senate.

“I fought very hard to get on [the Appropriations Committee],” said Van Hollen, only the second Montgomery County resident elected to represent Maryland in the Senate. “It’s very rare that a new member of the Senate gets on that committee … And we had a lot of success in fighting for important Maryland and national priorities.”