How Johns Hopkins Inventors’ Vision for Early Cancer Detection Got a $2.1B Boost 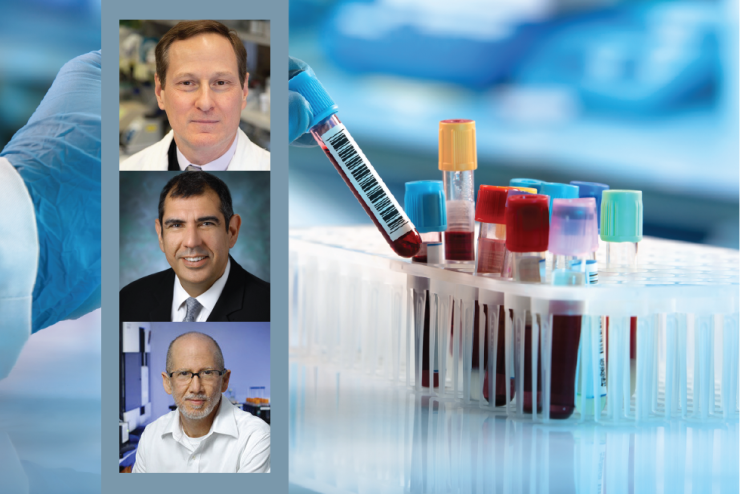 Johns Hopkins researchers Nickolas Papadopoulos, Ken Kinzler and Bert Vogelstein have spent their careers working on ways not just to treat cancer but to detect it before it becomes a threat. The goal: a blood test for the earlier detection of cancer incorporated into routine medical care. Their dream is closer to reality thanks in part to a $2.15 billion acquisition of their company, Thrive Earlier Detection Corp., one year ago by Exact Sciences Corp., a global leader in cancer-detection testing.

The heart of the researchers’ work is the liquid biopsy, a test done on a blood sample to look for signals derived from cancer cells circulating in the blood. In 2011, they invented SafeSeqS, a next-generation gene sequencing technology that simultaneously and individually analyzed millions of DNA molecules to identify mutations in the bloodstream more accurately than other methods.