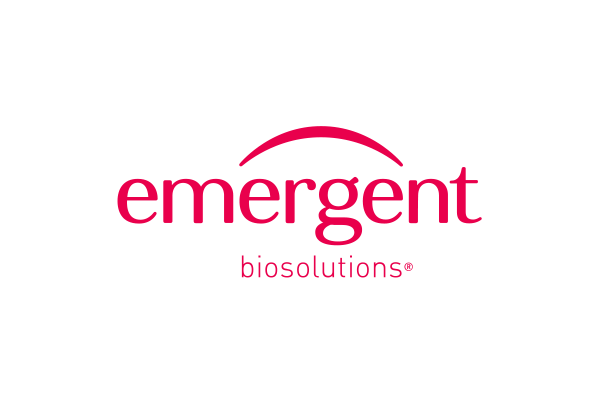 When the next flu pandemic strikes or, perish the thought, the Ebola virus starts spreading in the United States, a newly expanded pharmaceutical plant in East Baltimore stands ready to respond.

Emergent BioSolutions, in partnership with the federal government, spent $80 million to double the size of its East Lombard Street plant near Johns Hopkins Bayview Medical Center.

While the expansion creates a facility federal officials can tap for a needed surge in vaccine manufacturing, it also allows the Gaithersburg-based drug developer and maker to take on larger contracts for drugs sold in the commercial market and to accelerate development of its own pipeline of products.

Company executives will be joined by federal, state and city officials Wednesday to mark the opening of the expanded plant.

Emergent’s growth in Baltimore could offer significant economic potential for the city, adding jobs and tapping into the city’s rich history of manufacturing — albeit with a modern medical twist. As the state seeks to elevate its status as a leader in biotechnology, officials hope Emergent serves as a beacon to attract more companies and retain talent coming out of local universities.

“One challenge Baltimore has had is the fact that we train up these people and, because the opportunities are not always as robust as we’d like for them to have, they leave us,” said Dr. Jay A. Perman, president of the University of Maryland, Baltimore. “Those are the very people we need to retain in the city to grow the city’s population, its tax base, its energy.

“The fact that we can attract a company like this and, in turn, hopefully other companies, makes a difference for the city’s economic well-being.”

While Maryland is a player in the pharmaceutical industry, much of that activity is concentrated in the Interstate 270 corridor. But Baltimore, home to some of the nation’s pre-eminent research hospitals with Johns Hopkins and the University of Maryland, is seeing growth in businesses focused on drug development, medical devices and other biotechology ventures.

Emergent, founded in 1998 in Michigan as a small batch manufacturer of anthrax vaccines for the federal government, moved its headquarters to Maryland in 2005. The company bought the East Baltimore facility in 2009.

The expansion brings its space there to 112,000 square feet. It’s adding about 10 employees a year at the plant and expects to reach 100 workers by 2020. The company also is planning a $30 million expansion at its fill, finish and packaging facility across town, on South Paca Street, that will add 100 employees over the next five years, for a total of 270 there.

The company has 500 employees across Maryland, plus facilities in Michigan, Mississippi and Canada. It is developing a new anthrax vaccine and working on potential therapeutic treatments for the flu, dengue, Zika, Ebola and other diseases. Havey said the company aims to double its revenue to $1 billion a year by 2020.

“The fact that they’re also committed to having a presence in Baltimore I think underscores the importance of having a statewide presence to be able to take advantage of all the assets the state has,” said Ben Wu, deputy secretary of Maryland’s Department of Commerce.

The Baltimore plant’s expansion stems from a 2012 partnership between Emergent and the U.S. Department of Health and Human Services that named the East Baltimore facility as one of three Centers for Innovation in Advanced Development and Manufacturing.

The partnership called for the federal government and Emergent to invest a combined $220 million over eight years to develop drugs that respond to emerging public health threats and build out Emergent’s facilities to be capable of producing 50 million doses of the flu vaccine in four months in the event of a pandemic.

As a designated innovation center, Emergent has received add-on government contracts potentially worth billions of dollars to work on treatments for Ebola, Marburg and a Zika vaccine. The initial eight-year deal can be extended for 17 more years, one year at a time.

The federal government shared the cost of the $80 million expansion with Emergent.

The new space can hold four 3,500 liter reactors in its fermentation suite where vaccines and other drugs are mixed and allowed to cook, the first step in the manufacturing process. Each uses plastic bag inserts, which speeds up the cleaning and sterilization process, and can cut down the time between new uses from several days to 48 hours.

From there, drugs are moved through filtration and purification systems before being inspected and packaged. The plant also has more space to store flu doses, should it be called on for surge production.

“They have just been a godsend to the City of Baltimore,” Young said.

Young pointed to Emergent’s effort to hire locally and work with city schools to teach students about manufacturing and science career paths as examples of the company’s commitment to Baltimore.

Companies like Emergent also play an important role in strengthening the city’s reputation for biotechnology, potentially attracting more companies in the field to set up shop here, said Jim Hughes, the director of UM Ventures, the joint commercialization effort between the University of Maryland’s College Park and Baltimore campuses.

Global pharmaceutical companies that want to do business with Emergent will come to Baltimore to inspect its facilities, Hughes said. Startups and skilled workers coming out of the University of Maryland, Johns Hopkins University and others in the area will see a growing community they can join.

Emergent CEO Daniel J. Abdun-Nabi has been instrumental in elevating Maryland’s status in life sciences and cultivating a sense of community among those companies in Baltimore, said Perman, the University of Maryland President.

Abdun-Nabi and Perman are chair and vice chair of the Maryland Life Sciences Advisory Board, a group appointed by Gov. Larry Hogan to make recommendations for how to advance the state’s biohealth industry.

“To get his presence as a company in Baltimore is good for what the city’s and this region’s ambitions are,” Perman said. “We have all the pieces to be big shots in this.”