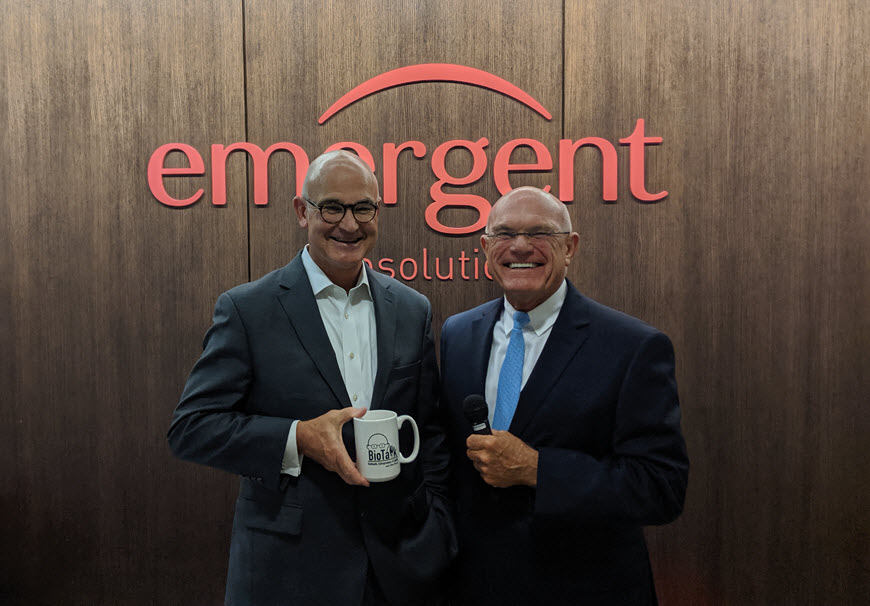 Bob Kramer joins BioTalk to discuss his history with Emergent, his vision for the company, and Emergent’s commitment to the BioHealth Capital Region.

Mr. Kramer serves as president and CEO and as a member of the Board of Directors. He was appointed as CEO and as director effective April 2019 and has served as president since March 2018. Mr. Kramer also served as chief operating officer from March 2018 to March 2019. Prior to this, Mr. Kramer served as executive vice president and chief financial officer from September 2012. Mr. Kramer first joined Emergent in 1999 as its CFO. From 1999 until his retirement in 2010, he held various executive positions with the last being president of Emergent Biodefense Operations Lansing. Mr. Kramer returned to the company in 2011 as the interim head of the biosciences division, and then as interim executive vice president, corporate services division. Prior to joining Emergent in 1999, Mr. Kramer held various financial management positions at Pharmacia Corporation, which subsequently merged with the Upjohn Company in 1995 and eventually became part of Pfizer Inc. Mr. Kramer serves on the board of the U.S. Chamber of Commerce. Mr. Kramer received an M.B.A. from Western Kentucky University and a B.S. in industrial management from Clemson University.