Dr. Carol Nacy, CEO of Sequella Incorporated, joins BioTalk to discuss her career, the evolution of their science, and vision for the future. 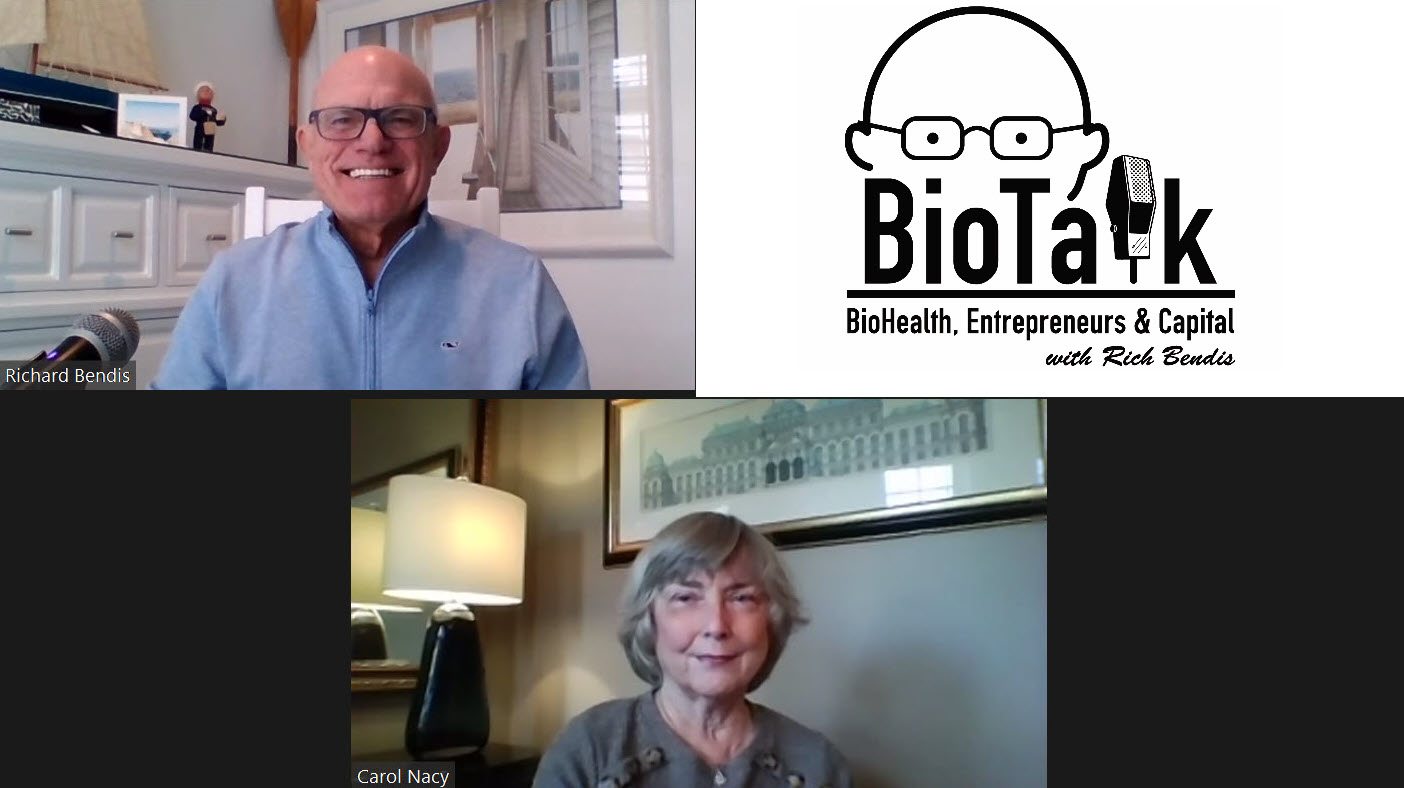 Dr. Nacy co-founded our Sequella in 1997 and has served as our CEO and Chairman of the Board since 1999. Prior to Sequella, Dr. Nacy served during 1997 and 1998 as Chief Scientific Officer (CSO) for Anergen, Inc., a California company acquired by Corixa Corporation in December 1998. From 1993 through 1997, Dr. Nacy was Executive Vice President and CSO at EntreMed, Inc. and participated in its successful initial public offering in June 1996. Previously, Dr. Nacy was Career Scientist (GS-15) at the Walter Reed Army Institute of Research, Washington, DC. Dr. Nacy currently serves on the board of directors of companies and non-profit agencies.