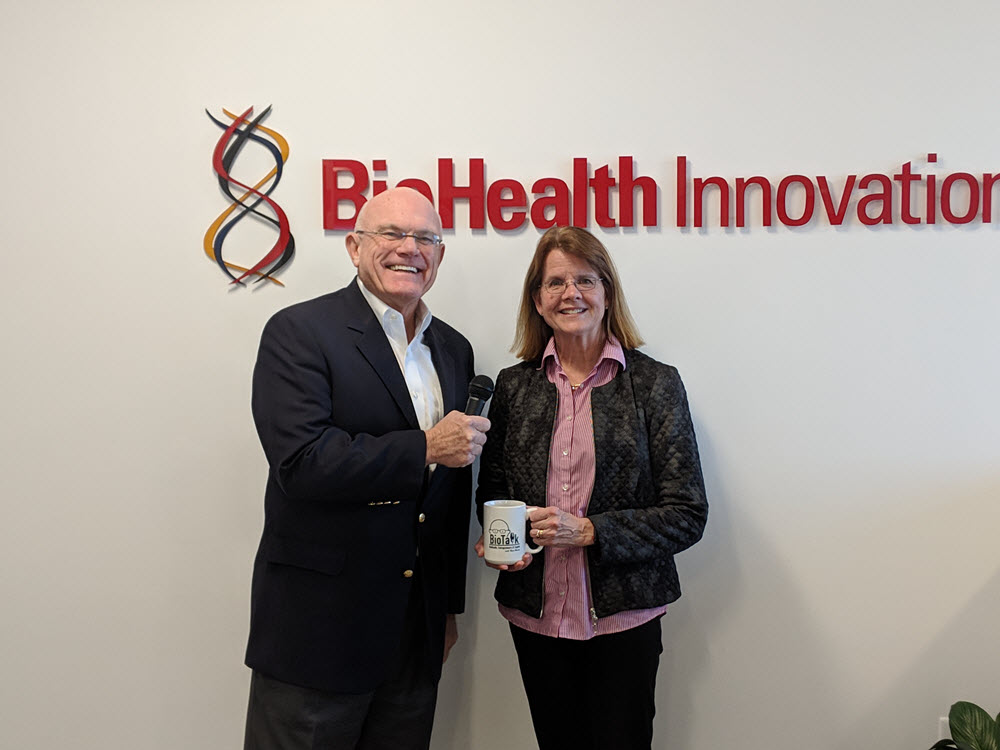 BioTalk Host Rich Bendis sits down with Anne Lindblad, Ph.D., President, and CEO of Emmes, to discuss her view of the region, her history with the company, and their mission, vision, and values.

Anne Lindblad, Ph.D., joined Emmes in 1982 as a Biostatistician and is currently the President and CEO. She has supported clinical research throughout her career, serving as Principal Investigator of projects spanning diverse disease areas, including neurology, ophthalmology, oncology, dialysis, transplantation, speech and hearing, and dentistry. Dr. Lindblad has been an NIH reviewer on multiple project applications for NINDS, NEI, NICHD, NIDCR, NIDDK, and NCCAM and has served as a member or chair of several Data and Safety Monitoring Committees for NEI, NIAAA, NIDDK, and NINDS. She was a member of an Advisory Committee charged with drafting policy to shape the appropriate planning and conduct of intramural studies at NIH. She was elected to the Board of Directors for the Society for Clinical Trials (2003-2006) and served as Program Chair (2002), as an Officer (2006-2014), and as President (2012-2013). Dr. Lindblad was selected to serve on NIH’s National Advisory Dental and Craniofacial Research Council from 2004 through 2008. She has taught courses in best practices in clinical trial design and conduct for ophthalmologists, neurologists, and immunologists. She has published and presented over 100 manuscripts in peer-reviewed journals and conferences. Dr. Lindblad joined the Board of BioHealth Innovation in 2018.  Emmes has grown from 15 employees in 1982 to over 650 globally. In 2019 Emmes announced a significant investment by Behrman Capital which will allow Emmes to gain access to new tools, talent, service offerings, and expanded footprint faster than what Emmes might otherwise have accomplished.