Press enter to begin your search
0 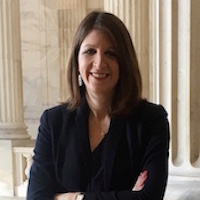 Elizabeth Herman is an executive director on the federal government relations team of JPMorgan Chase & Co.   She joined JPMorgan Chase after serving for six years as legislative counsel to Senator Claire McCaskill.  During her time on Capitol Hill, Elizabeth specialized in tax and financial policy and was the Senator’s lead staffer for issues before the Senate Finance Committee, Permanent Subcommittee on Investigations and the Special Committee on Aging.   Elizabeth is a tax lawyer by trade, previously working for a senior member of the House Ways & Means Committee and as an associate in the derivatives / tax division of Thacher Proffitt & Wood LLP.  She holds a master’s degree in tax from NYU School of Law, a law degree from the University of Wisconsin Law School, and an undergraduate degree from Cornell University. 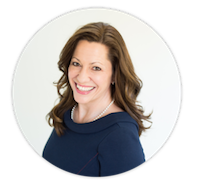 As a member of the Board of Directors and LumaCyte’s President and Chief Business Officer, Renee leads LumaCyte’s corporate development and investor relations, as well as global sales and marketing.  She brings over 20 years of executive level business development, operations and strategic partnering experience across the biopharmaceutical, software and clinical development service arenas. Renee’s expertise in managing large scale, highly complex strategic partnerships has garnered her many long-term trusted relationships and oversight across significant multi-million dollar partnerships and transactions in the life science space.

Prior to joining LumaCyte, Renee was SVP and head of the global partner business unit for Medidata Solutions where she led strategic efforts for driving deeper and broader global market penetration of Medidata’s clinical cloud platform for clinical trials.  She has also held executive level roles at both Syneos Health (previously inVentiv Health) and Clinipace Worldwide, bringing valuable corporate and executive level leadership and governance experience to her role.

Renee’s experience and earned expertise has touched every aspect of the biopharmaceutical and life sciences industry, providing her a unique perspective into the needs and challenges of the market.  Her collaborative spirit and strong focus on solution management coupled with her philosophy of driving growth through innovation and high trust partnership is proving very valuable in accelerating the adoption of LumaCyte’s transformative, game changing Laser Force Cytology (LFC) TMtechnology and global business.  Renee has a Bachelor of Science degree in biology from Marshall University. 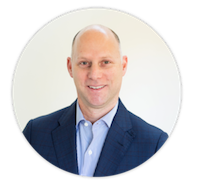 Dr. Hart is a highly accomplished leader, innovator and scientist who has developed transformative, cutting edge technologies throughout his career. In 2012, Dr. Hart founded LumaCyte, a revolutionary biopharmaceutical research, instrumentation, and bioanalytics company. LumaCyte offers biopharmaceutical and biomanufacturing companies an advanced label-free approach to single cell analysis and sorting. Dr. Hart led his team over a 12-year period of development at the Naval Research Laboratory (NRL), managing approximately $15M in initial funding, where the core technologies underlying LumaCyte’s products were born. As the original inventors of this novel technology, Dr. Hart and his team have pioneered the scientific advances that have enabled label-free single cell analysis and sorting to be a reality today.

Dr. Hart’s leadership and drive have been cornerstone to LumaCyte’s success and global growth trajectory. His tenacity has been instrumental from corporate inception, accelerating product development and corporate operations, to supporting business development and ongoing R&D.  He also serves as LumaCyte’s Chairman of the Board. Dr. Hart expects that LumaCyte’s innovative Laser Force Cytology technology will transform personalized medicine, as LumaCyte products may be used to advance customized patient treatments, enabling a more efficient and effective approach in accelerating therapies and find cures.

Elizabeth McCargo is Vice Consul for the Life Sciences & Healthcare Sector at the British Embassy in Washington DC. Her role is to identify and provide advice and assistance to US Life Sciences & Healthcare companies interested in establishing or expanding operations in the UK (Foreign Direct Investment) and working with UK companies looking to establish a presence in the US (Trade & Overseas Direct Investment).  From DC, she covers the Mid-Atlantic and Southern Regions of the US, engaging with clients in 12 States from Delaware to Florida, eastward to Mississippi, plus Puerto Rico.  She also assists with Ministerial and Government Senior Officials Visits, Trade Missions, etc., with the aim of building relationships and promoting the UK’s strengths in life sciences.

The UK Department for International Trade (DIT) is responsible for bringing together policy, promotion, and financial expertise to break down barriers to trade and investment, helping businesses succeed and delivering a new trade policy framework for the UK as it leaves the EU, promoting British trade and investment across the world and building the global appetite for British goods and services.

Before moving to Washington DC in November 2015, she worked for the Welsh Government’s Economic Development Department for 11 years. 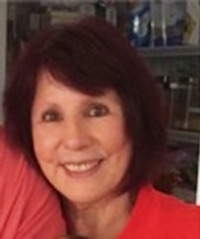 Dr. Gelber has recently launched Caerus Discovery, LLC (CDL) with support from Biowa/ Kyowa Hakko Kirin.  CDL ‘s mission is to discover and develop new antibody-based therapeutics and diagnostics. Prior to founding CDL, Dr. Gelber served as the Chief Scientific & Technology Officer of ATCC, VP of R&D for MannKind Corp- a public company developing therapeutics for diabetes, cancer and autoimmune diseases and was responsible for non-clinical development and clinical immune safety of drugs from pre IND through phase III clinical trials. Dr. Gelber received her Ph.D. from the Weizmann Institute, her MBA degree from Cornell University and post doctorate training at Stanford University.

Dr. Gelber published numerous scientific manuscripts and textbook chapters and she is the inventor of 16 granted patents and 57 patent applications. 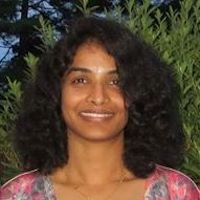 Before becoming CEO, Dr. Cherukuri served in multiple roles at Noble Life Sciences including Chief Operations Officer, Chief Scientific Officer, Vice President of Product Development and Operations, and Director of Scientific Affairs.  In her previous roles at Noble, Dr. Cherukuri was instrumental in optimizing new preclinical animal models and streamlining operations to achieve operational efficiency. In addition, Dr. Cherukuri led the successful consolidation of Noble operations at the Spring Valley Laboratories site. Prior to joining Noble, Dr. Cherukuri held positions at the Cleveland Clinic Foundation, National Cancer Institute and University of Maryland where she led projects focused on understanding the basic biology and mechanistic actions in cancer cells. Dr. Cherukuri has expertise in diverse areas of Biology and has 12+ years of research experience in the areas of oncology and stem cell biology.  Dr. Cherukuri completed her PhD in biology at Cleveland State University. 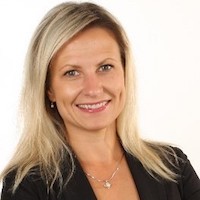 As a Managing Director of the Office of International Investment and Trade at Maryland Department of Commerce, Ms. Pringle is responsible for the State’s international operations, including foreign direct investment attraction and export promotion. Prior to that, Ms. Pringle served as a Regional Manager for Europe, assisting Maryland companies with developing export markets for their products and services, attracting investment from Europe and managing the Maryland European Office in France.

Ms. Pringle holds a Master’s Degree in Public Administration from University of Baltimore, and a Bachelor’s Degree in International Business, Banking and Accounting, from Estonian Business School and a certificate from the Copenhagen Business School in Denmark. Ms. Pringle is a Vice President of State International Development Organizations (SIDO) and serves on the boards of Eastern Trade Council (ETC), DC/MD District Export Council (DEC), Governor’s Subcabinet on International Affairs, The FDI Frontlines Coalition, and the Center for International Business Education and Research (CIBER) at Smith School of Business at the University of Maryland.

Raghav joined NEA as an associate on the healthcare team in 2018. Prior to joining NEA, Raghav was a member of Lazard’s healthcare M&A group in New York. At Lazard, Raghav worked with clients across the life sciences, medical device, and healthcare services sectors. 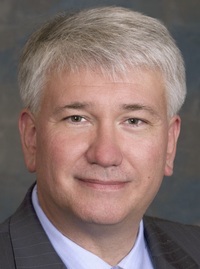