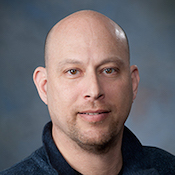 Bob Silverman leads the “External Drug Discovery Partnering” team of Roche Partnering. Among other matters, Bob is responsible for delivering a structured and systematic approach to venture capital that translates to reach into drug discovery stage innovation via deals originating from venture capital interactions. Prior to his current role, from 2010 – 2012 Bob was a project leader for Merger & Acquisitions, in the Strategic Partnering Group of Roche Partnering. From 2003 – 2010 Bob was a Global Licensing Director for Roche Pharma Partnering, responsible for negotiating intellectual property based licensing agreements across the full value chain of the Pharma business, ranging from enabling technologies and early phase opportunities to clinical stage assets to promoting and divesting marketed products. From 2001 – 2003 Bob was a Global Licensing Attorney. He joined Roche in 1993. Early in his career at Roche Bob was Senior Counsel for the US Affiliate patent department. Bob holds a degree in Chemistry from Franklin & Marshall College and a J.D. from Boston University School of Law, and is a registered patent attorney.