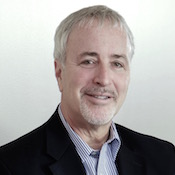 For the past 12 years Dr. Silber has been an active angel investor and strategic advisor in the mid-Atlantic region. He is a Founding Principal of Blu Venture Investors and also a member of the Baltimore Angels. He spent 15 years as an entrepreneur, founding In Vitro Technologies in 1991 and eventually selling it in a successful exit in 2006. He has a PhD in Pharmacology & Toxicology and Masters degree in Public Health. Dr. Silber is the author of numerous publications, holds several patents, is the recipient of numerous business awards and serves on a number of for-profit and nonprofit boards.