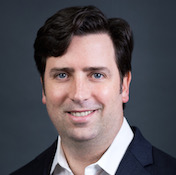 Mulvey holds a PhD in Virology from Ian Mohr’s lab at NYU Langone Medical Center. Mohr and Mulvey discovered, patented, and characterized the first oncolytic virus capable of resisting the anti-viral effects of innate immunity. This intellectual property was licensed to create talimogene laherparepvec (T-Vec), which was bought by Amgen for $1B and recently became the first FDA approved oncolytic virus. Mulvey is currently a founder and CEO of BeneVir and an inventor on all BeneVir patents protecting T-StealthTM, the first oncolytic virus to resist both innate and adaptive immunity. Prior to BeneVir, Mulvey spent 8 years at Sequella, Inc., a clinical stage anti-infectives company. At Sequella, he patented and developed a molecular diagnostic and licensed it to a major clinical diagnostics company. In addition, he designed and executed clinical trials and was involved in the development of Sequella’s antibiotic pipeline from pre-clinical to clinical.