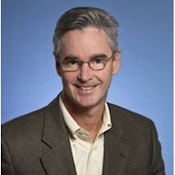 David Hilbert has spent the past 20+ years combining his disciplined approach to science with the business of effective drug development and corporate management.   He is currently President and CEO at Arcellx, Inc., a company focused on the development of regulated immune cell therapies for treatment of human disease. From 2009-2014, David was the CSO at Zyngenia, Inc., and led the company’s development of multi-specific antibody-based therapeutics.  From 2006 to 2009, David consulted with leading scientists, executives, and venture firms in assisting startup biotech companies with the many strategic and operational challenges associated with early stage drug development. In 2004, he served as Vice President of Research at Cellective Therapeutics, a start-up antibody company acquired by MedImmune in October 2005.  David began his biotech career in 1996 at Human Genome Sciences (HGS) where he spent 8 years guiding the preclinical development of antibodies and genomics-based therapeutics.