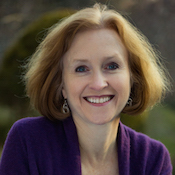 Rachel King is co-founder and CEO of GlycoMimetics, Inc. (GMI).   Before founding GMI, she was an Executive in Residence at New Enterprise Associates (NEA), one of the nation’s leading venture capital firms. Mrs. King came to NEA after serving as a Senior Vice President of Novartis Corporation. Before joining Novartis, Mrs. King spent ten years with Genetic Therapy, Inc. through the company’s early stage, initial public offering, and eventual sale to Novartis. After the sale to Novartis, she was named CEO and ran the company as a wholly owned subsidiary of Novartis. Mrs. King also worked previously at ALZA Corporation in Palo Alto, California, and at Bain and Company in Boston, Massachusetts. She received her B.A degree from Dartmouth College and her MBA from Harvard Business School. Mrs. King is the past Chair of the Emerging Companies Governing Board and of the full Board of the Biotechnology Innovation Association (“BIO”) and continues to serve on BIO’s Executive Committee. She also served as Chair of the Maryland Life Sciences Advisory Board under Governor Martin O’Malley, and now serves on the board of directors of Warp Drive Bio, a Third Rock Ventures-funded biotechnology company based in Cambridge, Massachusetts, and also of the University of Maryland BioPark, Baltimore, Maryland.