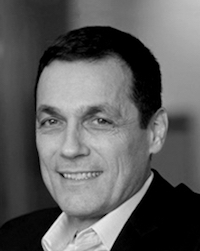 Matthias Adler joined Autolus as SVP, Chief Business Officer and Company Secretary in July 2017.  Previously, he served as the Executive Vice President, Business Development and Licensing, of Sucampo Pharmaceuticals Inc. from October 2014 to March 2017, and as General Counsel and Corporate Secretary of the company from May 2015 to June 2017.  During his tenure at Sucampo, Matthias established a late stage development pipeline in orphan and rare diseases through acquisitions and strategic collaborations. Prior to joining Sucampo, he served as Executive Vice President of Corporate Development and Legal Affairs and Corporate Secretary at Cytos Biotechnology AG, a biopharmaceutical company focused on the development of targeted immunotherapies, from 2013 to October 2014.  From 2006 to 2012, Matthias held various executive management roles at Micromet, Inc., serving as Senior Vice President Administration, General Counsel and Secretary at the time of the acquisition or Micromet by Amgen in 2012. Earlier in his career Matthias was a partner in the Life Sciences Transactions Practice at Cooley LLP from 2000 to 2006, after joining the firm as an associate in 1997 from Novartis, where he was in-house counsel for its pharmaceutical business.  Matthias holds law degrees from the University of Basel and the University of Miami and is qualified to practice law in Switzerland and the United States.