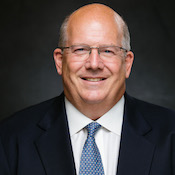 Dr. Summar is well-known for his pioneering work in caring for children diagnosed with rare diseases. He joined Children’s National in 2010 from Vanderbilt University. At Children’s National he leads the Division of Genetics and Metabolism, currently the largest known clinical division seeing over 8000 patients a year with rare diseases. Dr. Summar’s laboratory works on both devices and treatments for patients with genetic diseases and adapting knowledge from rare diseases to mainstream medicine. His work has resulted in new drugs in FDA trials for patients with congenital heart disease. His laboratory is best known for its work in the rare diseases affecting nitrogen and ammonia metabolism. Dr. Summar has also organized and led a large number of international work groups to develop standards of care and treatment for rare diseases resulting in significant improvements in outcomes.   Dr. Summar developed a program with NIH where very young children can benefit from NIH research programs at Children’s National. He has been listed with Best Doctor’s in America since 2004. He directs the National Organization for Rare Disorders Scientific and Medical Advisory Committee and leads a program between NORD and the FDA that created a platform for rare disease natural history studies with over 20 already deployed. He is very active in newborn screening issues developing testing and follow-up systems. He has developed and launched at Children’s the world’s first Rare Disease Institute.   This RDI focuses on developing the clinical care field of the over 7000 rare diseases currently recognized. The RDI is the first Clinical Center of Excellence designated by NORD and focuses on building best clinical practices and diagnostic pathways.