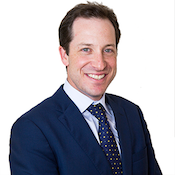 Jason Miller is the Chief Executive Officer of the Greater Washington Partnership. The Partnership is a civic alliance of the region’s leading employers and entrepreneurs committed to making the Capital Region of Baltimore, Washington, and Richmond, one of the world’s best places to live, work and build a business. Prior to this role, Miller was the Deputy Assistant to the President and Deputy Director of the National Economic Council in the White House, joining the Obama Administration in 2010.  Miller led the Obama Administration’s economic policy development and coordination on manufacturing and innovation, transportation and infrastructure, tax policy, energy, entrepreneurship, and Puerto Rico. Previously, Miller was a management consultant with The Boston Consulting Group in San Francisco and with Marakon Associates in Chicago, where he advised large corporations across industries on strategic, financial and organizational issues.  Miller received a B.A. from the University of Pennsylvania, a M.B.A. from the Kellogg School of Management at Northwestern University, and a M.P.A. from Harvard’s Kennedy School of Government.