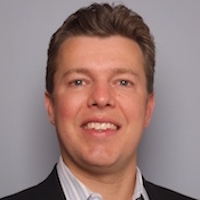 Eric Risser has over 20 years of business development, strategy and portfolio management experience across both small biotechnology and large pharmaceutical companies. During his career, he has led multiple major transactions in the pharmaceuticals area, including company acquisitions, divestments, equity financings, product licenses and research collaborations. He currently leads the business development, program management and new product planning functions at MacroGenics, and was responsible for the execution of MacroGenics’ partnerships with Roche, Incyte, Janssen, Takeda, Gilead, Servier, Pfizer and Boehringer Ingelheim. Prior to joining MacroGenics, he served as Executive Director, Business Development at Johnson & Johnson Pharmaceuticals, which he joined in 2003. Before Johnson & Johnson, Mr. Risser started and built a successful consulting practice that provided counsel to emerging life science companies in the United States and Europe. He has also worked as a venture capitalist with BankAmerica Ventures and as an investment banker with Lehman Brothers, where he began his career in their New York and London offices. Mr. Risser holds an M.B.A. from Stanford University and a B.A. from Yale University.